You are here: Home / News / NOAA Reports Winter Was Warmer, Wetter than Average for the U.S.

Winter? For some regions of the country it was as if it never happened at all.

The period from December through February was much warmer than normal across the contiguous United States, while precipitation remained above-average, according to the National Oceanic and Atmospheric Administration (NOAA) National Centers for Environmental Information. 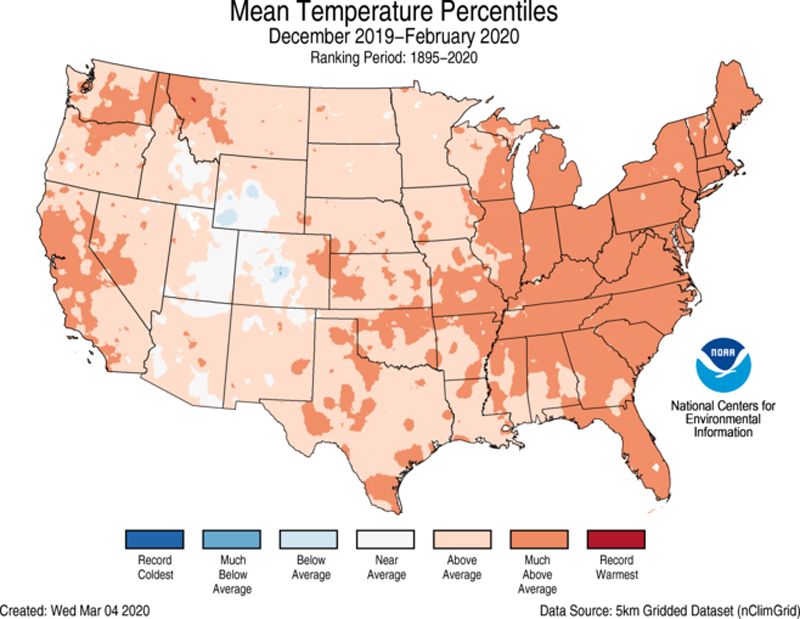 It was a very warm and relatively wet meteorological winter (December through February) across the contiguous U.S. The average winter temperature was 36.0 degrees F (3.8 degrees above average), which made it the sixth warmest winter on record. 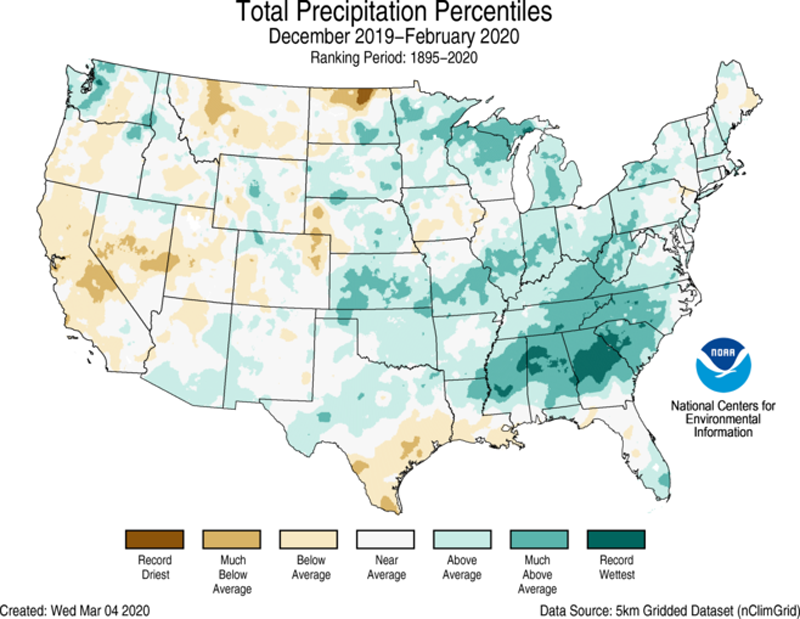