According to new research from the AAA Foundation for Traffic Safety, the share of drivers who, after a fatal crash, tested positive for active THC – the drug’s main psychoactive ingredient – has doubled since Washington State legalized marijuana in December 2012. AAA believes the increase raises important traffic safety concerns for drivers across the country, because recreational marijuana use is now legal in 11 states and Washington, D.C. 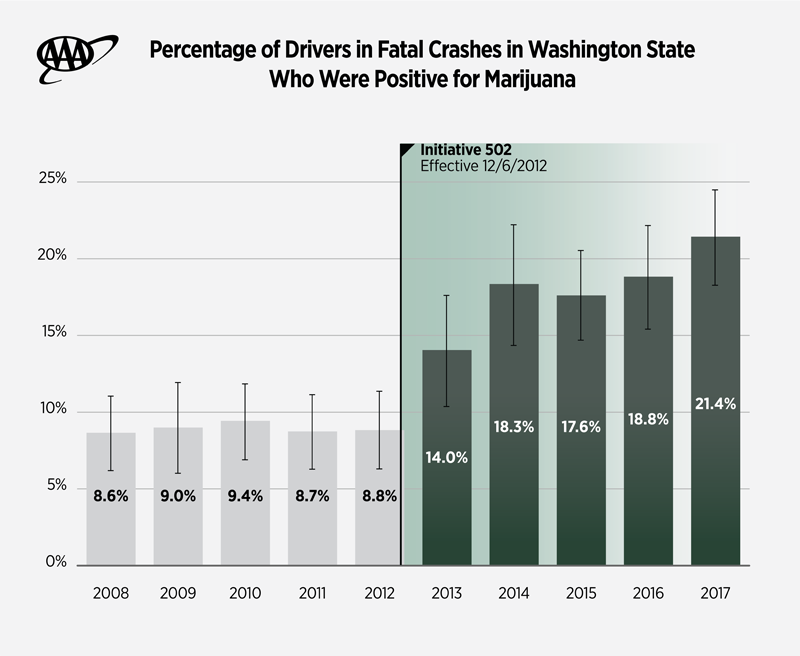 The latest AAA Foundation research found that between 2008 and 2012 – the five-year period before the drug was legal – an estimated 8.8% of Washington drivers involved in fatal crashes