The National Insurance Crime Bureau (NICB) is supporting legislation to address New Mexico’s auto theft problem. Since 2016, the Albuquerque Metropolitan Statistical Area (MSA) has ranked, per capita, number one on the National Insurance Crime Bureau’s annual Hot Spots vehicle theft report. And according to FBI Uniform Crime Reporting (UCR) Program, New Mexico’s 2018 auto theft rate per capita is around double that of Arizona and Texas, the two states that border both New Mexico and Mexico. 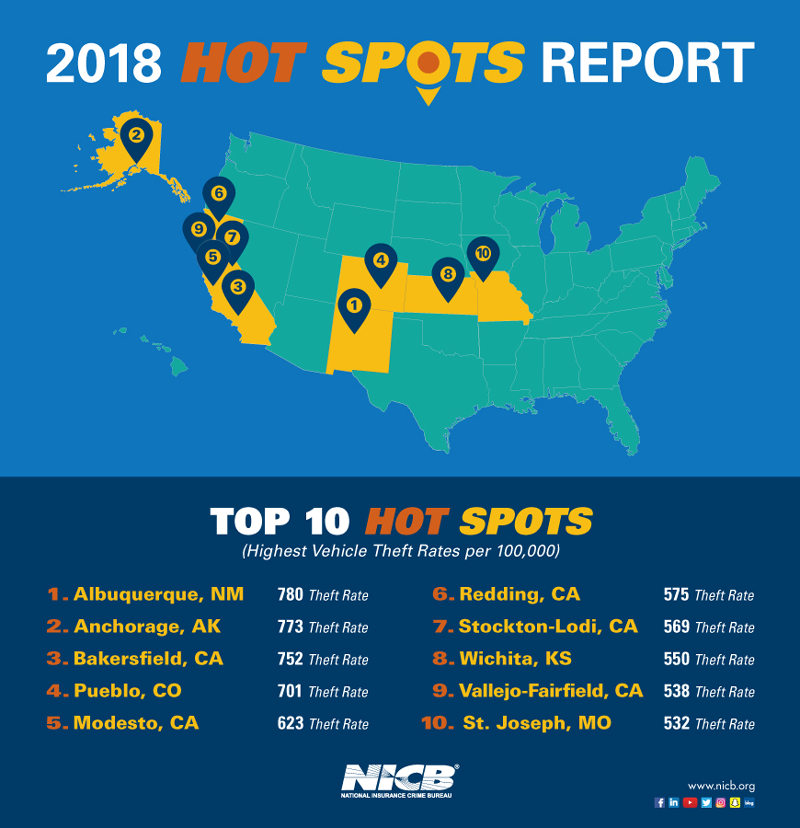 However, through a combination of