You are here: Home / News / Consumer Sentiment Steady in January

Consumer sentiment remained virtually unchanged in early January at 99.1 down just 0.2 Index-points in the preliminary January release from the final December survey. According to the the University of Michigan, the stability extended to all components, both current assessments as well as future economic prospects. 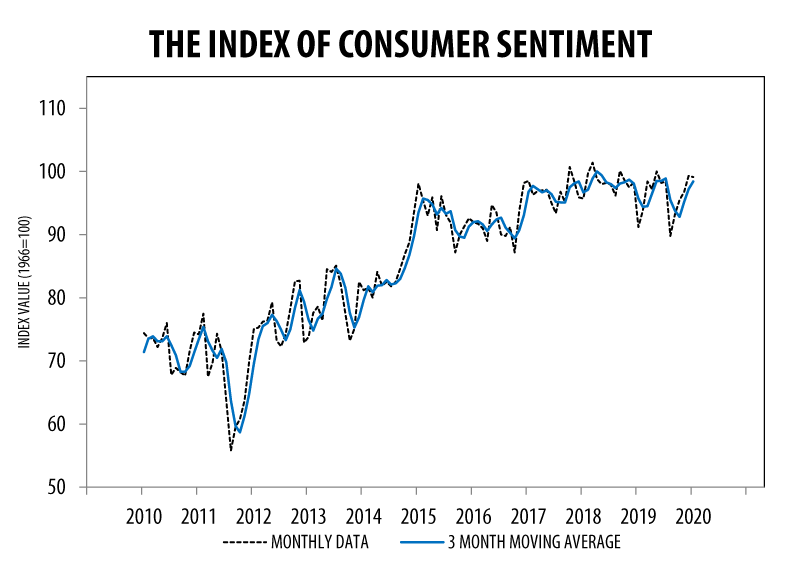 Consumer sentiment about the future is cited as one of the key factors buoying new vehicles sales, an important driver of collision repair industry volume. The National Automobile Dealers Association (NADA) is projecting 16.8 million new vehicles