The National Transportation Safety Board (NTSB) called upon federal regulators Tuesday to create a review process before allowing automated test vehicles to operate on public roads, based upon the agency’s investigation of a fatal collision between an Uber automated test vehicle and a pedestrian. 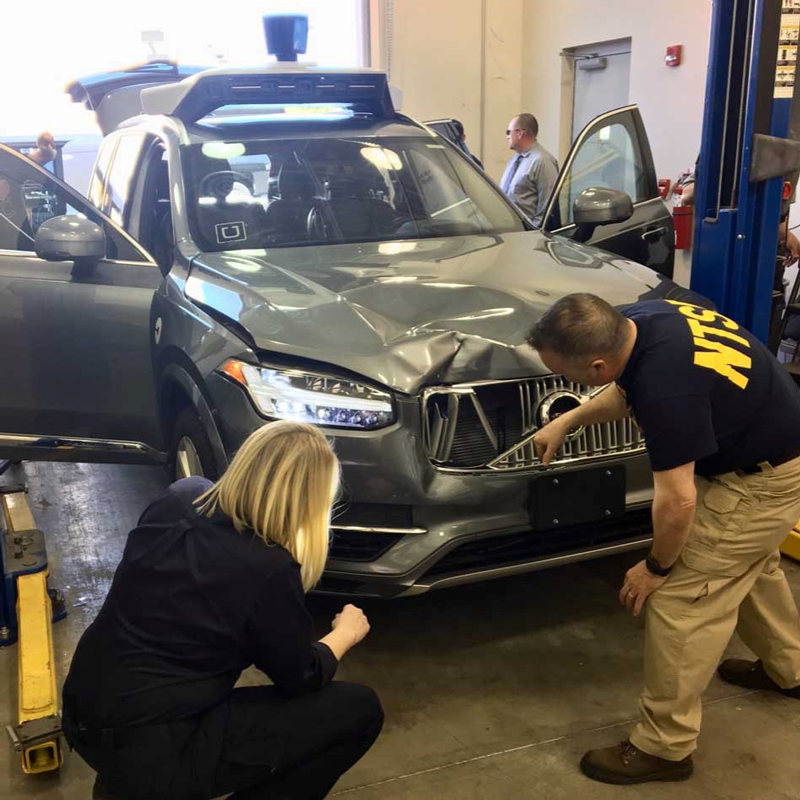 During a board meeting held to determine the probable cause of the March 18, 2018, Tempe, Arizona crash, the NTSB said an Uber Technologies Inc. division’s “inadequate safety culture” contributed to the nighttime fatal collision between an Uber automated test vehicle and a pedestrian. The vehicle operator was uninjured in the crash, the pedestrian died.

Uber’s Advanced Technologies Group had modified the striking vehicle, a 2017 Volvo XC90, with a proprietary developmental automated driving system. The vehicle’s factory-installed forward collision warning and automatic emergency braking systems were deactivated during the operation of the automated system. An Uber ATG operator was in the driver’s seat, but the automated system was controlling the vehicle when it struck the pedestrian at 39 mph.

The NTSB determined that the immediate cause of the collision was the failure of the Uber ATG operator to closely monitor the road and the operation of the automated driving system because the operator was visually distracted throughout the trip by a personal cell phone. Contributing to the crash was Uber ATG’s inadequate safety risk assessment procedures, ineffective oversight of the vehicle operators and a lack of adequate mechanisms for addressing operators’ automation complacency – all consequences of the division’s inadequate safety culture.

“Safety starts at the top,” said NTSB Chairman Robert L. Sumwalt. “The collision was the last link of a long chain of actions and decisions made by an organization that unfortunately did not make safety the top priority.”

The pedestrian’s impairment at the time of the crash, coupled with crossing outside a crosswalk, contributed to the crash, as did the Arizona Department of Transportation’s insufficient oversight of automated vehicle testing, the NTSB found.

Among the investigation’s findings:

The NTSB issued a total of six recommendations to the National Highway Traffic Safety Administration, the state of Arizona, the American Association of Motor Vehicle Administrators and Uber ATG.

The NTSB recommended that NHTSA require entities wishing to test a developmental automated driving system on public roads to submit safety self-assessment plans before being allowed to begin or continue testing and that NHTSA should review the plans to ensure they include appropriate safeguards.

“This is a pivotal moment for road safety, and should be a wake-up call for companies testing and developing self-driving cars. Companies must put safety first,“ said Jake Fisher, senior director of auto testing for Consumer Reports. “These developing systems are still far from perfect and require human oversight. But as the technology advances, it becomes even more difficult for the driver to stay engaged. It’s critical for companies to install systems to verify driver engagement. Without effective driver monitoring, any human in the car is being set up to fail.”