The small business half of the economy continued its remarkable economic streak, posting a 0.6 point gain in the October National Federation of Independent Business (NFIB) Optimism Index. The 102.4 reading was buoyed by eight of the 10 Index components advancing, as talk of a recession waned in October. The Uncertainty Index declined 4 points but remains historically high heading into an election year. 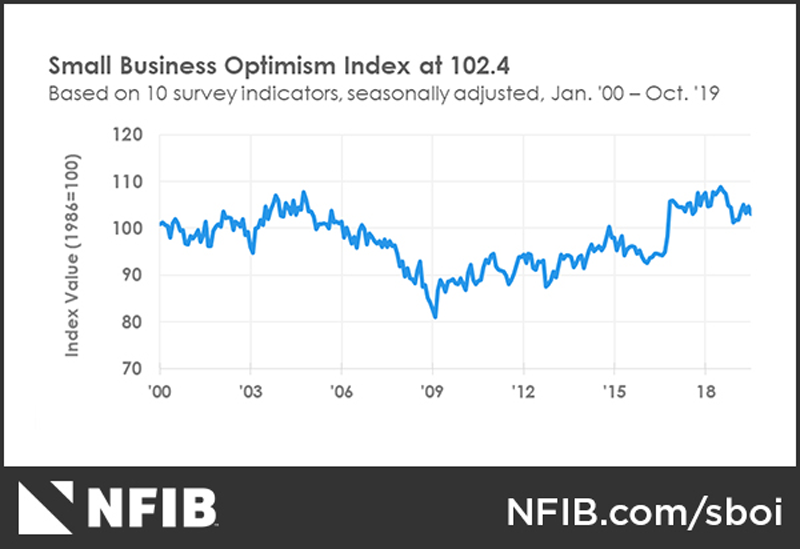 “A continued focus on a recession by policymakers, talking heads, and the media clearly caused some consternation among small businesses in previous months, but after shifting their