You are here: Home / News / Michael Anderson Inducted into Hall of Eagles

The Collision Industry Hall of Eagles announced its 2019 Inductee is Michael Anderson of Collision Advice. Anderson was inducted November 6 during a ceremony that was attended by over 300 industry professionals at the Westgate Las Vegas Resort & Casino in Las Vegas, Nev. The event was held in conjunction with the National Auto Body Council (NABC) Recycled Rides Luncheon and Gifting. 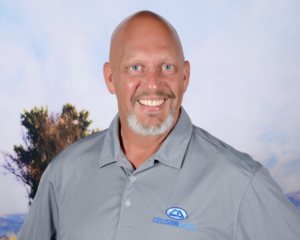 The Hall of Eagles, the collision industry’s Hall of Fame, honors exceptional individuals whose long-term efforts have reached beyond their jobs and self-interest to make significant contributions towards the betterment of the industry.

Anderson is the former owner of Wagonwork Collision Centers, two highly acclaimed shops located in Alexandria, Va. Currently, Anderson owns and operates Collision Advice, an industry research, reference and consulting business. In addition, he serves as a facilitator for Axalta’s Business Council 20 Groups in both the US and Canada.

Anderson is home less than 20 days a year, preferring to spend his time traveling all over North America teaching, serving on advisory boards and committees, and generally living to support the collision repair industry.

Since its inception in 1989, the Hall of Eagles has been viewed as the most prestigious honor any industry professional can receive. Each year only a select few distinguished individuals are inducted into the Hall of Eagles through the nominations and vote of two-thirds of the current active members of the Hall.

The list of Hall of Eagles inductees includes many of the most influential and dedicated people that have served the industry.