During their Annual Meeting earlier this month at Gran Centurions in Clark, the Alliance of Automotive Service Providers of New Jersey (AASP/NJ) paid special recognition to members of the AASP/NJ community with an awards ceremony. Among the awards presented was the Russ Robson Memorial Scholarship named in honor of the former AASP/NJ president. This year’s recipient is Alberto Figueroa of Livingston Collision in Livingston, N.J. 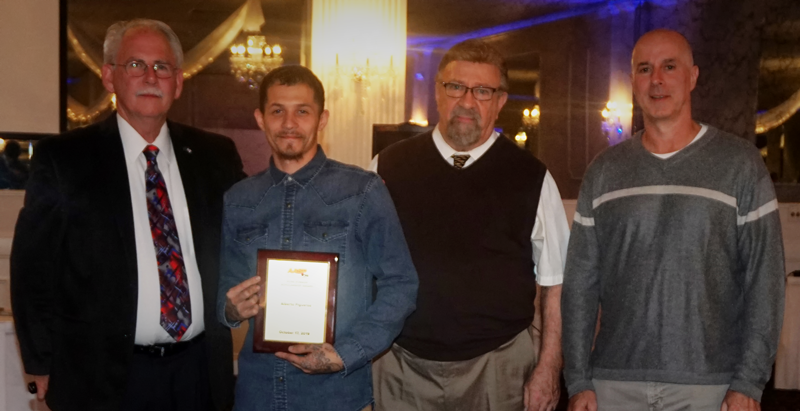 Alberto Figueroa (second from left) was named the Russ Robson Memorial Scholarship named in honor of the former AASP/NJ president.