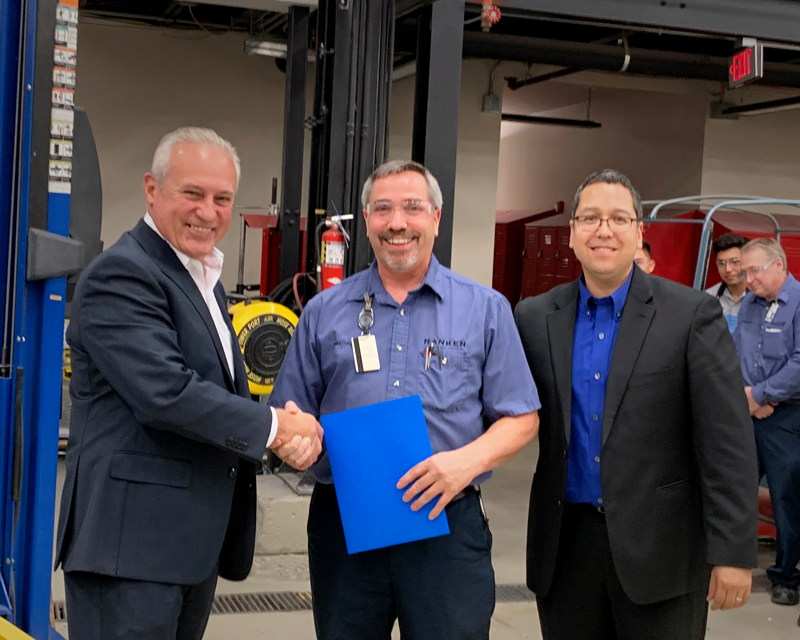 I-CAR representatives Terry Ticel (on left) and Robbie Saladino (on right) congratulate Ranken Instructor Walt Rundell on the announcement of his upcoming award.

Rundell was cited by I-CAR for his career spanning nearly four decades, his robust and diverse skill set and his hands-on approach that has benefitted the next generation of collision repairers.

“Among your peers, you are known for your broad, in-depth knowledge, and many look up