The Supreme Court of the State of Washington yesterday ruled 5-4 in favor of Allstate Insurance and one of its adjusters in a closely watched case where an appellate court had ruled that individual adjusters could be held liable, along with the insurance company, under Washington State insurance bad faith and consumer protection laws. 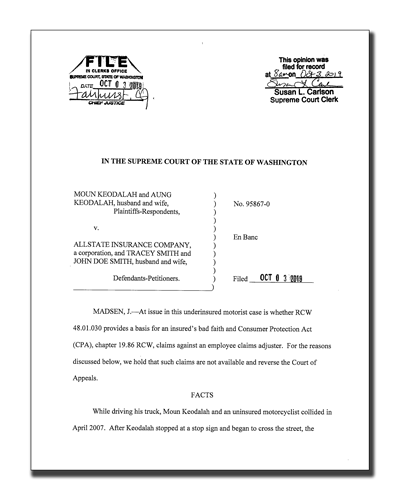