General Motors and the University of Michigan Transportation Research Institute (UMTRI) released details of a study of the performance of collision avoidance technology on GM’s 2013-2017 product line.  The results show that several of these features are making a statistically significant impact in helping to reduce crashes. 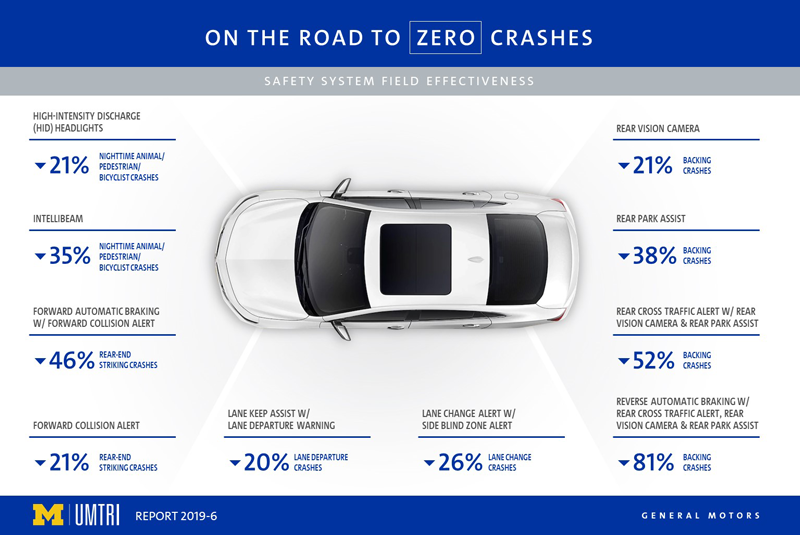 After comparing the crash instances