Edward Lubrano, Jr., 75, co-owner with his brother Joe Lubrano of J&E Auto Body located in Clark, N.J. for the past 45 years, passed away on Sunday, August 18. The Lubranos have been long-time members of collision repair associations in the state. Ed was born in Elizabeth, N.J. and has been a resident of Clark for 70 years. 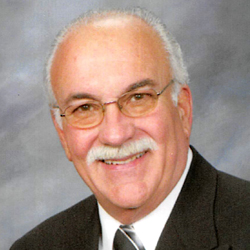 Ed was co-owner of Tito’s Restaurant in Clark until 1974. He has co-owned J&E Auto Body with Joe for the past 45 years. He was an Honorary Member of the Clark P.B.A. and The Clark Volunteer Fire Department. He was also a former member of the Colonia Country Club.

Ed was predeceased by his first wife Carol Ann (DiBenedetto) Lubrano. He is survived by his wife of 15 years, Teri (DiMartino) Lubrano; his children, Edward O. Lubrano III and his wife Alicia and Gina Lynn Vorrius and her husband Steven; his grandchildren, Anthony, Christopher and Olivia, Jenna and Alessia; his brother Joe and his wife Donna and their son Joseph Lubrano, Jr.

Additional details on services and a guestbook are available online at the Funeral Home website.