Brownsville, Texas, has the safest drivers in America for the second year in a row, according to the 2019 Allstate America’s Best Drivers Report. Released in advance of July Fourth, the deadliest day on U.S. roads according to the Insurance Institute for Highway Safety, the 15th annual report aims to start a national dialogue around the critical issue of roadway safety, celebrating the top-ranked cities’ drivers as an example for other communities.

The America’s Best Drivers Report ranks the 200 largest U.S. cities by collision frequency based on Allstate claims data to determine which have the safest drivers. For the first time, Allstate also tapped into its claims data to uncover the “Risky Roads” with the most collisions in the bottom 15 cities to help those drivers be extra vigilant, while also advocating for infrastructure improvements.

“The goal of the America’s Best Drivers Report is to make our roads safer and ultimately save lives,” said Ken Rosen, Allstate’s Chief Claims Officer. “Each of us needs to ask how we can do our part in our day-to-day lives and for our communities. And beyond that, this country needs to come together to address pressing safety issues, such as rebuilding our roadway infrastructure to reduce risky conditions on America’s roads.”

These are the 15 safest driving cities in America: 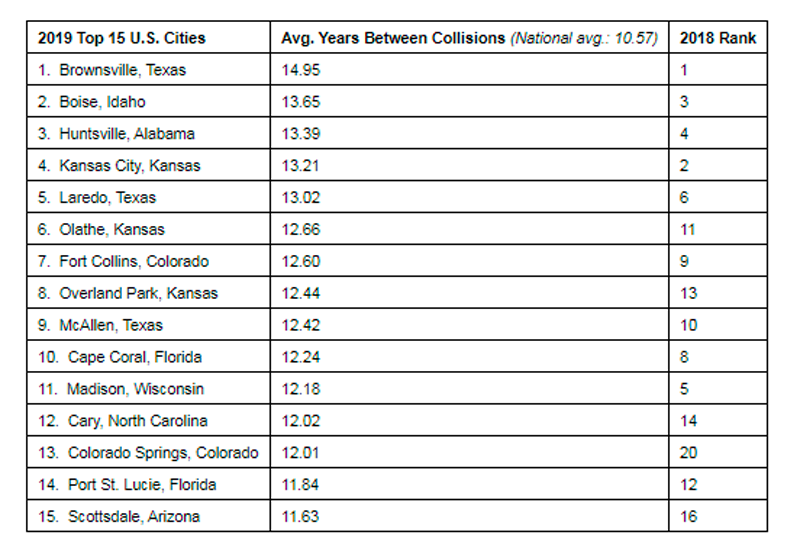 To mark the report’s 15th anniversary, Allstate for the first time studied its collision claim counts for streets in the 15 bottom-ranked cities to determine which roads 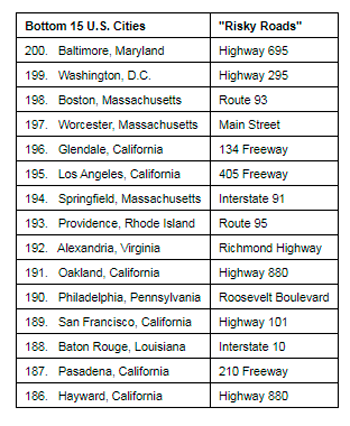 Allstate data reveals to have more crashes. Encouraging drivers to take extra caution traversing these “Risky Roads,” the addition also urges Americans to advocate for roadway safety issues having to do with infrastructure, distractions and traffic flow.

Each year, Allstate and industry resource IIHS partner to urge all drivers to be especially safe leading up to July Fourth.

“Whether it’s a holiday trip or a routine drive to work, safety should always be along for the ride,” said IIHS president Dr. David Harkey. “The best drivers buckle up on every trip, obey the speed limit and never drive while impaired or distracted. If everyone followed these rules, we would have fewer crashes, injuries and deaths every day of the year.”