Nearly 70 percent of Americans think it’s unlikely a driver will get caught by police for driving while high on marijuana, according to a new AAA Foundation for Traffic Safety survey. An alarming finding shows that an estimated 14.8 million drivers report getting behind the wheel within one hour after using marijuana in the past 30 days. The impairing effects of marijuana are usually experienced within the first one to four hours after using the drug. Marijuana users who drive high are up to twice as likely to be involved in a crash. 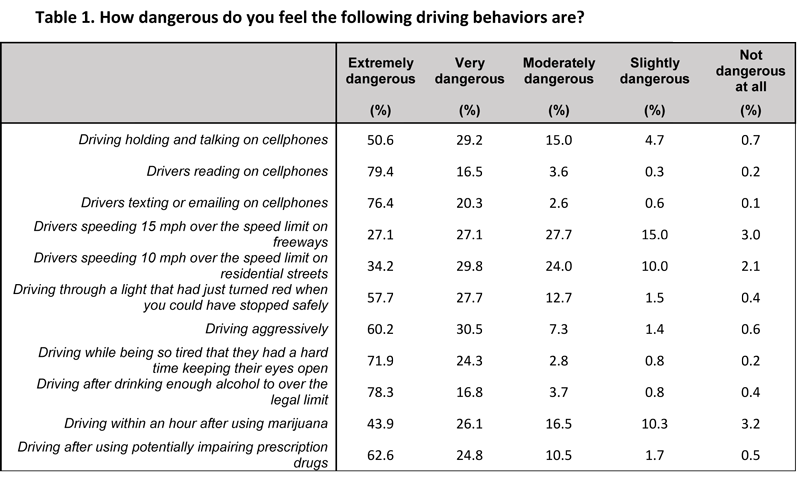 “Marijuana can significantly alter reaction times and impair a driver’s judgment. Yet, many drivers don’t consider marijuana-impaired driving as risky as other behaviors like driving drunk or talking on the phone while driving,” said Dr. David Yang, Executive Director of the AAA Foundation for Traffic Safety. “It is important for everyone to understand that driving after recently using marijuana can put themselves and others at risk.”

In the AAA Foundation survey, 7 percent of Americans reported they approved of driving after recently using marijuana – more than other dangerous behaviors like alcohol-impaired driving (1.6 percent), drowsy driving (1.7 percent), and prescription drug-impaired driving (3 percent). Other survey findings show that:

Millennials (nearly 14 percent) are most likely to report driving within one hour after using marijuana in the past 30 days, followed by Generation Z (10 percent).

Men (8 percent) are more likely than women (5 percent) to report driving shortly after using marijuana in the past 30 days.

“It’s time to face the facts. Any driver who gets behind the wheel high can be arrested and prosecuted,” said Jake Nelson, AAA Director of Traffic Safety and Advocacy. “Law enforcement officials are getting more sophisticated in their methods for identifying marijuana-impaired drivers and the consequences are not worth the risk.”