GEICO, Caliber Collision and Enterprise know how to show their appreciation for those in the military and those with close ties to someone who is. The three companies combined their efforts to present three military moms with vehicles that were refurbished to like new conditions and filled with good wishes from everyone connected with the vehicle giveaway. 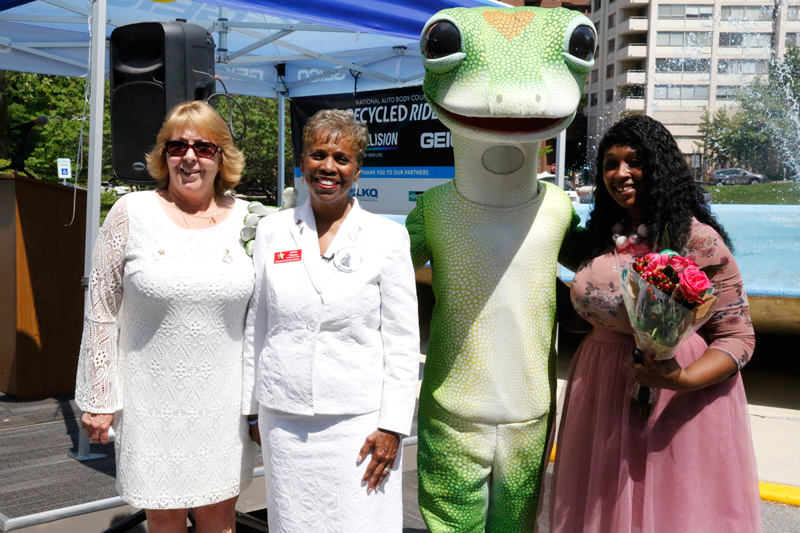 The vehicles were presented to the women during recent ceremonies at GEICO as part of the Recycled Rides program sponsored by the National Auto Body Council. GEICO donated the vehicles, Caliber Collision provided the labor and mechanical expertise and Enterprise gave each recipient a generous gift card. The vehicles go to families and organizations that could use a reliable vehicle to continue their community work and to lessen the financial burden on families.

“GEICO has a rich history of working with our military customers going back to 1936 when we first opened for business. This event is an example of our strong commitment to the military,” said Angela Rinella, vice president of GEICO’s claims operations. “We at GEICO are honored to serve those who serve the nation.”

With the help of the National Auto Body Council and repair facilities across the country, GEICO has contributed dozens of vehicles this year and is working toward record giveaways by the end of 2019.