Consumer Reports is calling for changes to Tesla’s Autopilot driver assistance system in the wake of a preliminary report May 16 from the National Transportation Safety Board (NTSB) on the fatal March 2019 crash of a Tesla Model 3 with a semi-trailer in Delray Beach, Fla. The report indicated that the Autopilot driver-assist system was active at the time of the crash. Autopilot also was active at the time of a 2016 fatal crash in Florida involving a semi-trailer and several other serious crashes since that incident. 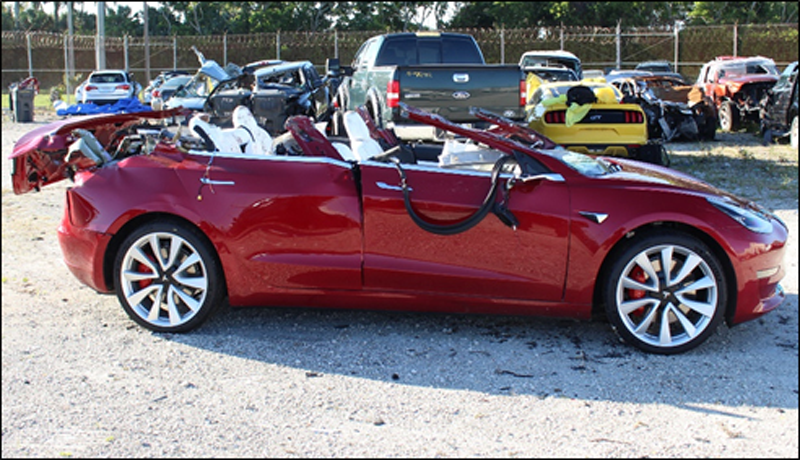 David Friedman, Vice President of Advocacy for Consumer Reports, said, “Either Autopilot can’t see the broad side of an 18-wheeler, or it can’t react safely to it. This system can’t dependably navigate common road situations on its own and fails to keep the driver engaged exactly when needed most. Yet Tesla claims that it’s leading the way toward lifesaving, self-driving cars. If Tesla really wants to be a leader on safety, then the company must restrict Autopilot to conditions where it can be used safely and install a far more effective system to verify driver engagement.”

According to Consumer Reports, taking these steps would mean embracing the NTSB’s safety recommendations arising from the 2016 crash, which Tesla has failed to fully address despite those recommendations being made more than a year and a half ago.

“In light of this latest tragic death and those preceding it, a disturbing pattern is becoming clearer—these kinds of crashes appear to be happening with some frequency in Teslas and not in other brands with similar technology. The National Highway Traffic Safety Administration should investigate whether Tesla Autopilot is the outlier it appears to be. If it is, then it poses an unreasonable risk to consumers’ safety and is defective,” added CR’s Friedman.

Consumer Reports has previously called on Tesla to improve the safety of its Autopilot system. Last month, following an event for investors, CR urged Tesla to stop treating its customers like guinea pigs and instead demonstrate a driving automation system that is substantially safer than what is available today, based on evidence that is transparently shared with regulators and consumers; backed by rigorous simulations, track testing, and the use of safety drivers in real-world conditions; and validated by independent third-parties. CR also urged the company to focus in the meantime on making sure that proven crash avoidance technologies on Tesla vehicles, such as automatic emergency braking with pedestrian detection, are as effective as possible.

After the 2016 accident, Consumer Reports called on Tesla to disable AutoPilot.