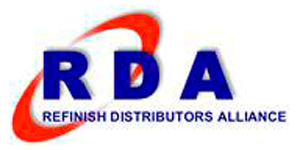 APH has paint in approximately 100 of their stores. They have 10 PBE dedicated stores and they carry the Axalta and