CARSTAR has received Cystic Fibrosis Foundation’s national Rising Star Award. The  award is given annually to a corporate supporter who has demonstrated increased or expanded participation and fundraising efforts for cystic fibrosis (CF) in the year. This award was established in 2010 and, over the course of the past eight years, the Cystic Fibrosis Foundation had the opportunity to recognize companies like UNUM Insurance, Bank of America, CISCO Systems, Inc., ARRIS Communications and now CARSTAR. 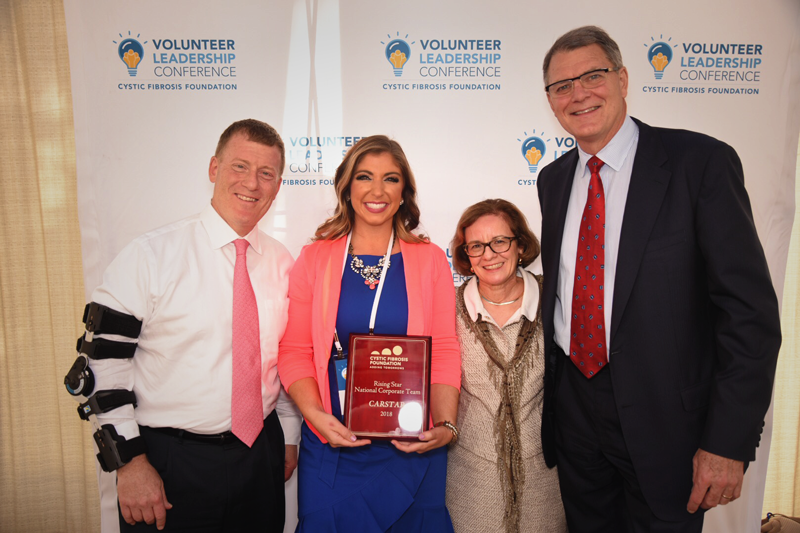