Overall market share of 10 largest private passenger auto insurers in the U.S. slightly down compared to 2017.

For the first time in six years, the 10 largest private passenger automobile insurers saw their market share decline slightly in 2018 compared to the previous year. The top 10 insurers accounted for 72.17 percent of premiums in 2018, down slightly from 72.33 percent in 2017.

The table below details the market share, since 2000 for the Top 10 largest private insurers in the U.S. 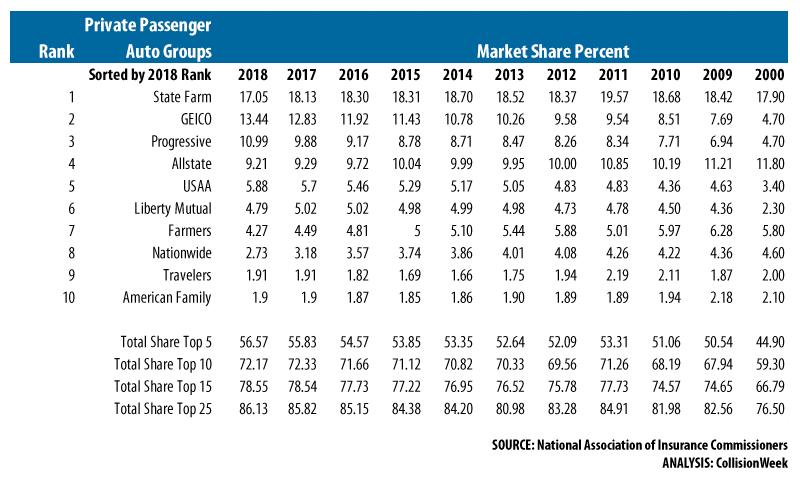 As the chart below shows, just three of the Top 10 private passenger auto insurers, GEICO, Progressive and USAA, gained market share in 2018. Five insurers, State Farm, Liberty Mutual, Farmers and Nationwide declined in 2018. Travelers and American Family were flat on a year over year basis. 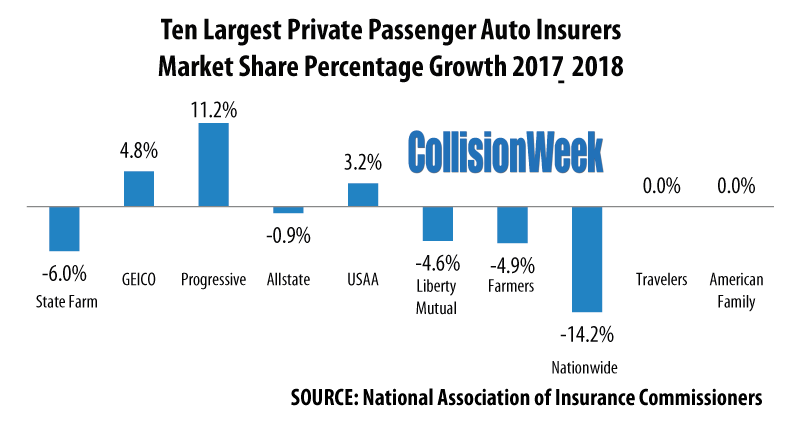 Progressive, had the largest increase at 11.2 percent above its 2017 share. On the other end of the spectrum, Nationwide saw the largest decline in share, down 14.2 percent.

Looking at our chart showing the market share percentage growth over a longer term from 2000-2018 for the Top 10 insurers, four insurers, GEICO, Progressive, USAA and Liberty Mutual, have grown during the period and six insurers, State Farm, Allstate, Farmers, Nationwide, Travelers and American Family, have seen declines in their market share. 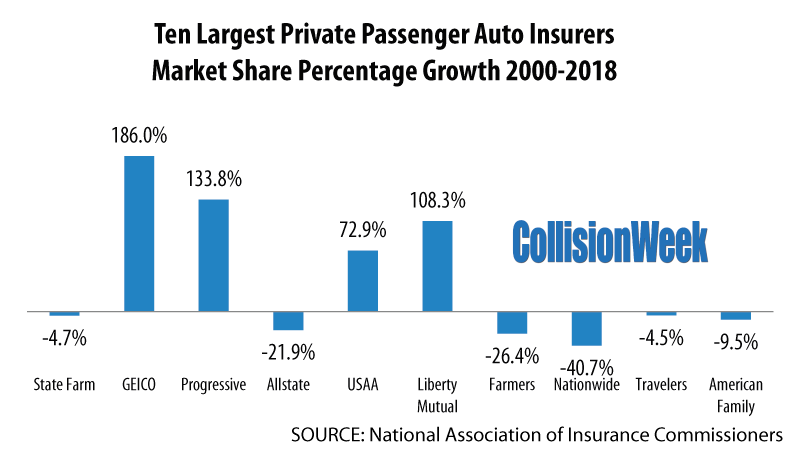