Given that 10 states allow the sale of recreational marijuana, U.S. auto insurers are examining how the drug is impacting motorist behavior and claims-filing patterns, according to a new Insurance Information Institute (I.I.I.) white paper. 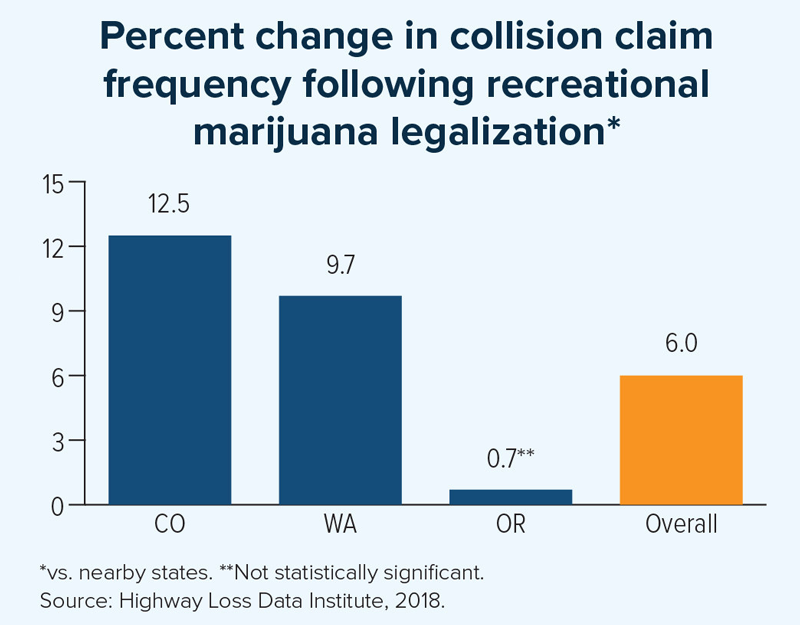