You are here: Home / News / Jack Caldwell Passes Away 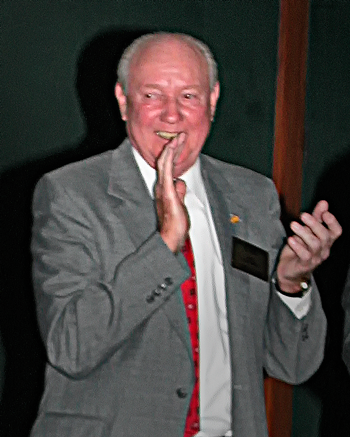 Caldwell was the founder of Autobody by Caldwell in Laguna Hills, Calif. in the 1970s. Caldwell helped found and served in leadership positions on numerous local, state and national collision industry organizations during his long career in the collision industry.

Caldwell served as president of the Orange County Chapter of the California Autobody Association (CAA) and in 1984 served as president of the statewide organization. He was one of the small group of collision repairers that participated in the first meetings of what eventually became the Collision Industry Conference (CIC). Caldwell served as chair of the conference in 1986 and was an active participant in CIC for many years.

He also served many years on the Automotive Service Association (ASA) operations committee ascending to the position of Collision Division Chairman. He also was elected chair of the NACE trade show.

Throughout this time he participated in many trade advisory panels including ASE, I-CAR, Motor, Mitchell and ADP.

Caldwell was a 1991 inductee to the Hall of Eagles, the collision industry’s Hall of Fame.

Jack was born in Cleveland, Ohio on April 14, 1933 and moved to California nine years later. He received his Bachelor’s degree in Biology from Loyola University in Los Angeles while working and owning his own auto body repair shop.  From there he entered the United States Air Force earning his wings by racking up over 1000 hours as a B-25 bomber pilot, achieving his jet rating while earning his instructor qualifications and ultimately securing a commercial aviation license.

After being honorably discharged  as a Captain he went into the corporate world in aluminum sales rising to Vice President before going back to his first passion of a collision repair professional as owner of Autobody by Caldwell Inc. for 30 years.

He additionally had served as a president of the Jaycees national organization and was instrumental in their seat belt installation programs in the mid 1960’s.

He also had a passion for visiting Kauai, Hawaii where he and his wife spent much of their time and served on multiple boards of directors for their property on the island.