You are here: Home / News / Consumers Sentiment Slightly Down in May

Consumer sentiment slipped by less than an index-point from last month, remaining at the same favorable levels for the past 18 months, according to the University of Michigan Surveys of Consumers.

Since President Trump’s election, the Sentiment Index has meandered in a tight eight-point range from 93.4 to 101.4, with the small month-to-month variations indicating no emerging trend, said U-M economist Richard Curtin, director of the surveys. 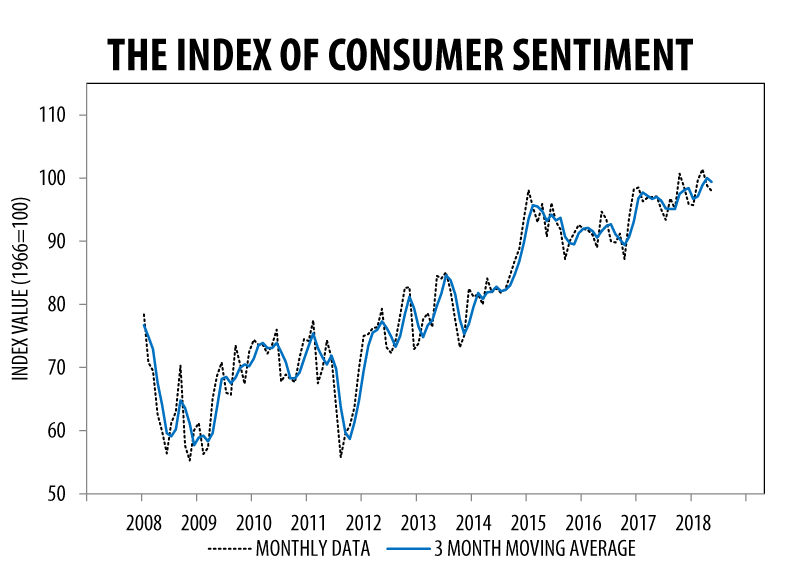 Consumers, he said, have remained focused on expected