You are here: Home / Research / U.S. Average Length of Rental by Region Decreased in Fourth Quarter

According to the latest research from Enterprise Rent-A-Car, the collision repair industry’s length of rental declined in the quarter, but remained above 2016 for the full year. 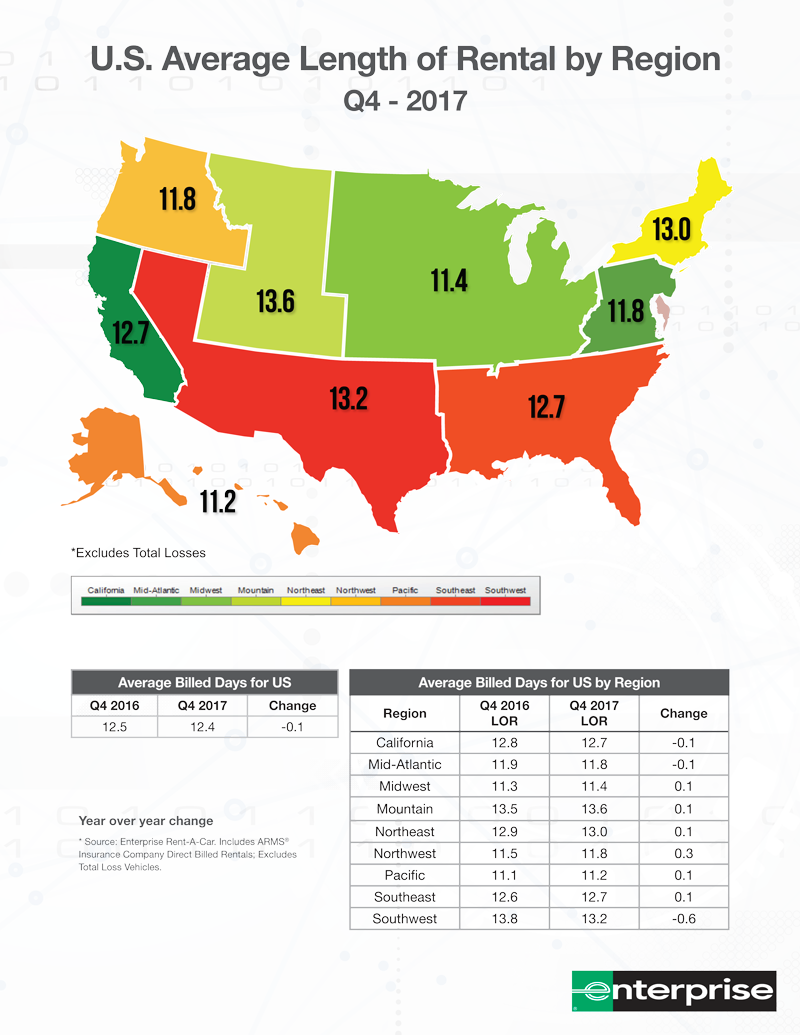 Once again, there was very little consistency between regions and states, suggesting that the quarterly result for the U.S. is not reflective of a genuine national trend.