After failing to advance out of committee, the legislation officially died at the end of January.

After failing to advance out of a hearing on January 18 of the California Assembly Appropriations Committee, Assembly Bill 1679 (AB 1679) officially died on January 31. 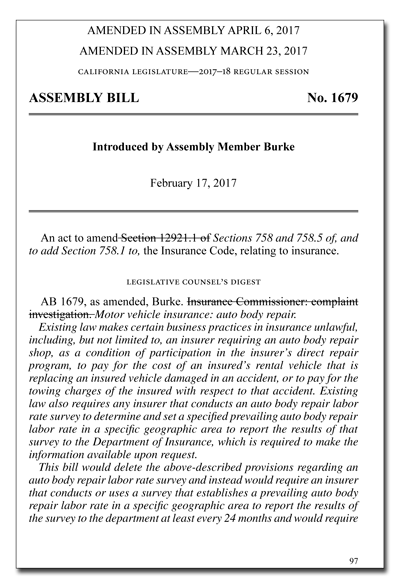 The legislation was introduced last year by Assemblywoman Autumn Burke. The bill, as amended, would reverse key provisions of both the anti-steering and labor rate regulations that were adopted by the California