The private U.S. property/casualty insurance industry saw its net income after taxes drop to $22.4 billion in the first nine-months of 2017 from $32.1 billion in the first nine-months of 2016-a 30.3 percent decline-and its overall profitability as measured by its annualized rate of return on average policyholders’ surplus fall to 4.2 percent from 6.3 percent, according to ISO, a Verisk (NASDAQ:VRSK) business, and the Property Casualty Insurers Association of America (PCI). 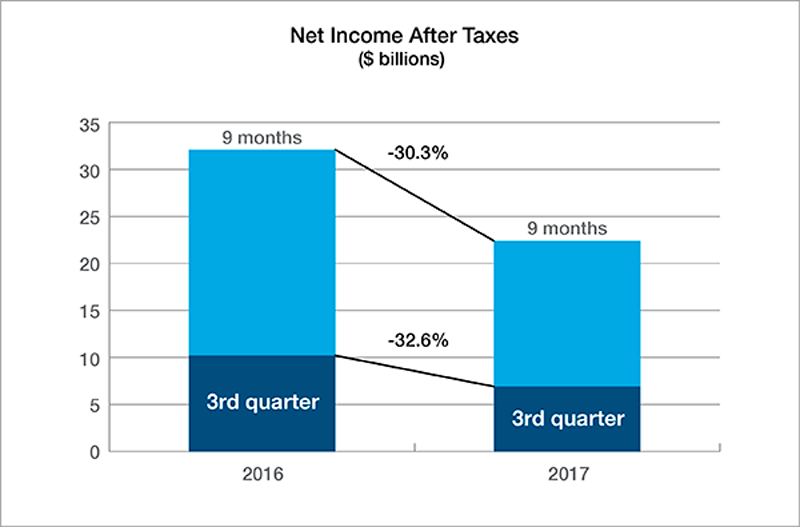