The California Department of Insurance announced that Hani Abujudeh, 55, of Rancho Cucamonga, the leader of an auto insurance fraud scheme, was sentenced November 2 to six years in state prison for involvement in the scheme where he filed over 35 fraudulent claims, manipulated used car odometers and vehicle titles to make the vehicles appear more valuable and then used false identities of other victims to sell those cars on Craigslist and Auto Trader to unsuspecting customers. Abujudeh pleaded guilty to seven felony counts including auto insurance fraud, money laundering, perjury, false impersonation and grand theft. 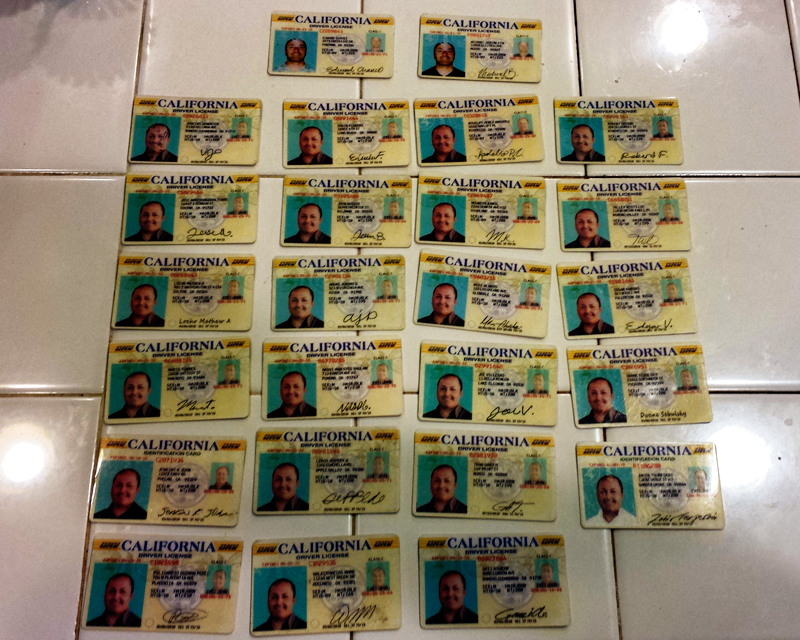 During a search at Abujudeh’s residence, 25 fraudulent California drivers’ licenses were recovered with Abujudeh’s picture on them as well as evidence of the various fraudulent insurance claims and vehicle sales.

Abujudeh was required to pay victim restitution in the full amount of $183,475.22. The victims included 15 individuals and four insurance companies who appeared in court yesterday to receive their restitution checks.

“California is ground zero for auto insurance fraud, which is paid for by consumers when insurers pass along their fraud losses through higher premiums,” said Insurance Commissioner Dave Jones. “Thanks to the hard work of our investigators at the Department of Insurance, our taskforce partners, and the San Bernardino District Attorney’s office, Abujudeh’s crimes were exposed and he was successfully prosecuted.”

An investigation by the Inland Empire Auto Insurance Fraud Task Force, led by the Department of Insurance, revealed Abujudeh, owner and operator of Perfect Auto Detailers, filed over 35 claims on his company insurance policy claiming various fictitious employees crashed customer vehicles as they were being moved. Abujudeh claimed the vehicles were taken to his shop for auto detailing when the collisions occurred.

During a search warrant conducted at Abujudeh’s residence, 25 fraudulent California drivers’ licenses were recovered with Abujudeh’s picture on them as well as evidence of the various fraudulent insurance claims and vehicle sales. By following the title transfers on each of these vehicles, the team began to unravel the complex web of fraud involving Abujudeh and his co-defendants. Investigators revealed the licenses were used by Abujudeh in various curbstoning and grand theft schemes.

“This prosecution is a prime example of how much can be accomplished when our law enforcement agencies network their information and resources,” said San Bernardino Deputy District Attorney Karen Parker-Parent. “Because Mr. Abujudeh used so many different identities in the many various auto insurance fraud schemes he committed, it would’ve been difficult for any one agency alone to identify the perpetrator.”

Task force investigators found Abujudeh conspired with additional suspects Eduardo Hernandez, 27, of Rancho Cucamonga, Francisco Aguilera, 26, of Santa Paula, and Dane Santibanez, 29, of Rancho Cucamonga, to damage their vehicles in order to use the insurance proceeds to get their vehicles painted for free by Abujudeh. The Inland Empire Auto Insurance Fraud Task Force consists of detectives from the California Department of Insurance, the California Highway Patrol and the Riverside County District Attorney’s Office. The California Department of Motor Vehicles, the San Bernardino County Sheriff’s Department and the Department of Homeland Security Investigations joined the investigation with other open cases against Abujudeh. The National Insurance Crime Bureau (NICB) assisted the department in working with the many insurance carries involved. The San Bernardino District Attorney’s Office prosecuted this case.