You are here: Home / News / Consumer Confidence Surges in October

Only second time University of Michigan index has been above 100 since the 1990s.

Consumer sentiment surged in October, reaching its highest level since the start of 2004, according to the University of Michigan Surveys of Consumers.

This was only the second time that the Sentiment Index was above 100.0 since the end of the record 1990s expansion. The October gain was due to the most favorable assessments of the financial situation of consumers since 2000, said U-M economist Richard Curtin, director of the surveys. 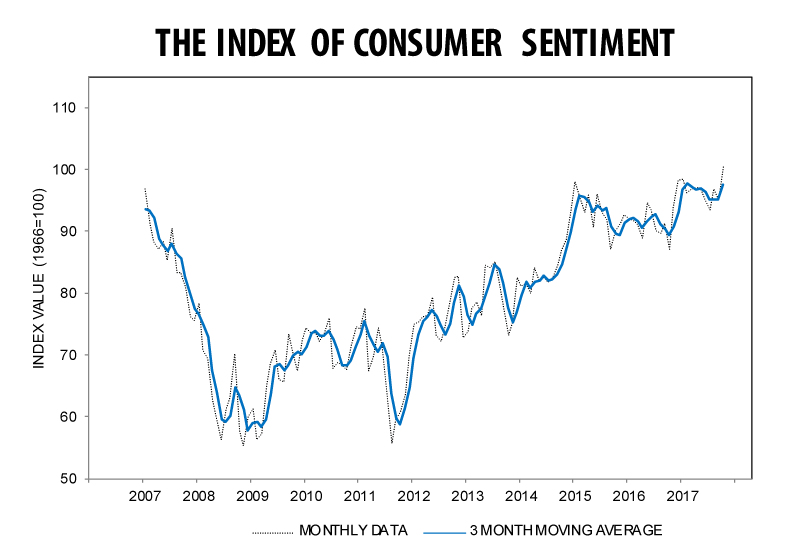