Legalizing recreational marijuana use in Colorado, Oregon and Washington has resulted in collision claim frequencies that are about 3 percent higher overall than would have been expected without legalization, a new Highway Loss Data Institute (HLDI) analysis shows. This is HLDI’s first report on how marijuana legalization since 2014 has affected crashes reported to insurers. 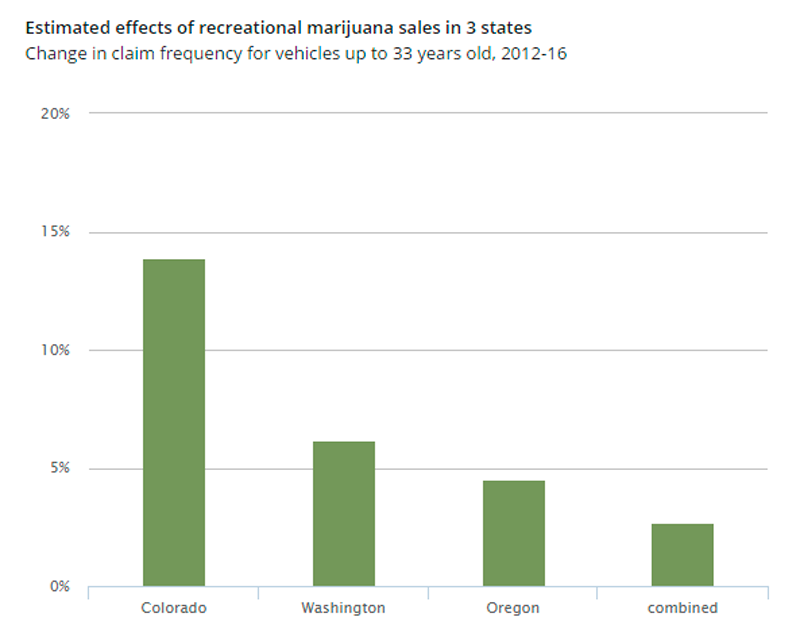 More drivers admit to using marijuana, and it is showing up more frequently among people involved in crashes. Though there is evidence from simulator and on-road studies that marijuana can degrade some aspects of driving performance, researchers haven’t been able to definitively connect marijuana use