You are here: Home / News / Nissan to Offer standard Automatic Emergency Braking on One Million U.S. vehicles in MY2018

More than doubles the number of AEB-equipped Nissan vehicles versus 2017 model year.

Nissan announced that it is making Automatic Emergency Braking (AEB) standard on a projected one million vehicles sold in the United States for model year 2018, including seven of the company’s most popular models – Rogue/Rogue Sport, Altima, Murano, LEAF, Pathfinder, Maxima and Sentra, except manual transmission-equipped and all NISMO versions. 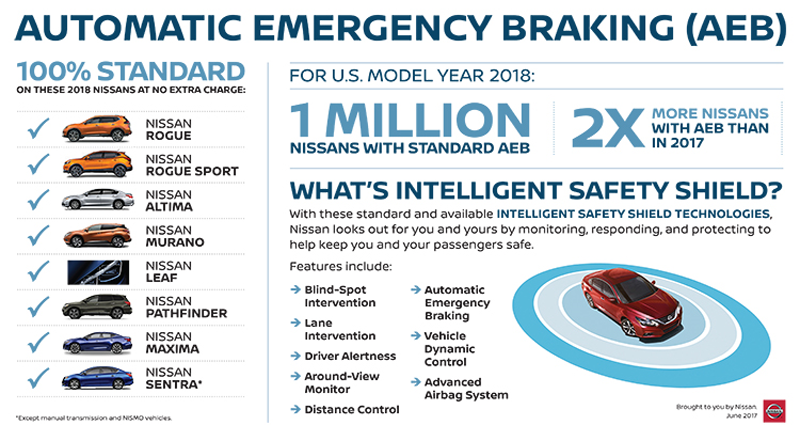 AEB (previously known as Forward Emergency Braking) uses radar technology to monitor a vehicle’s proximity to the vehicle ahead, giving the driver audible and visual display warnings to help the driver reduce the vehicle’s speed if