Blizzard in Northeast led to decline in traffic for the month in the region. Other regions see increases.

Travel data in March continued the trend of increased driving that has led to the growth in both auto physical damage insurance claims and collision repair industry volume across the U.S. Travel for the month of March is estimated at 272 billion vehicle miles nationwide according to the most recent data released by the Federal Highway Administration. 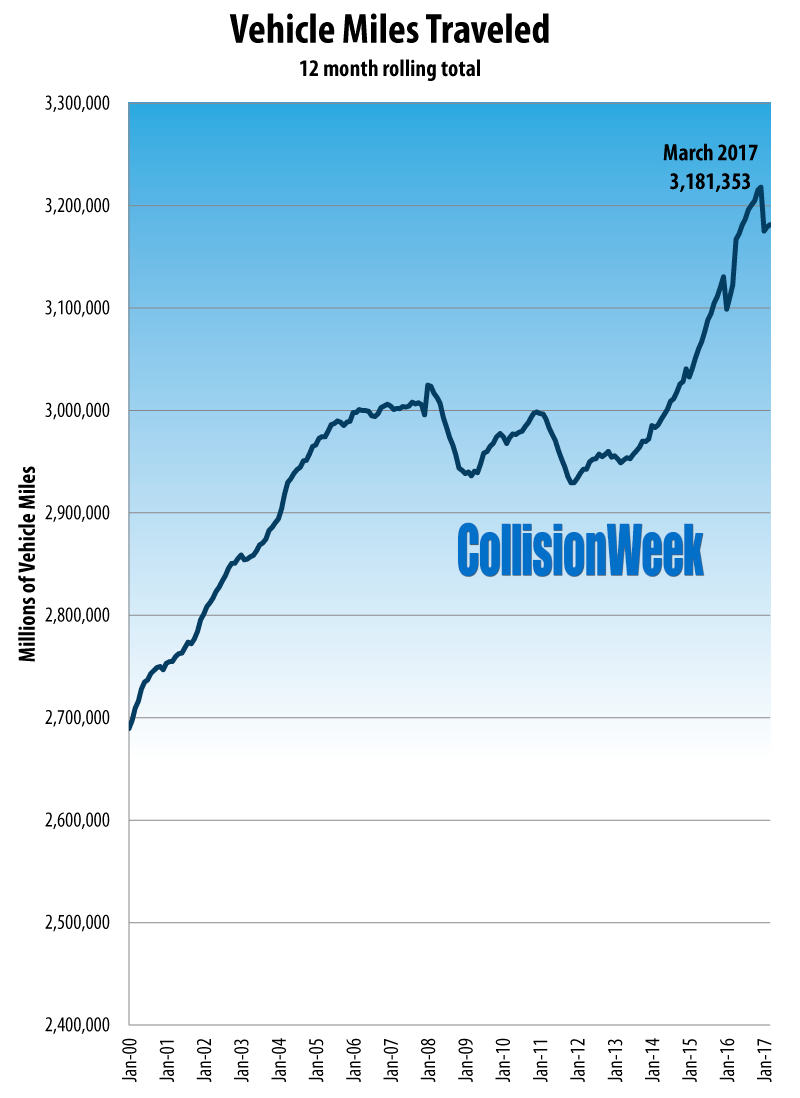 Through the first three months of 2017,