Service King Collision Repair Centers announced its teammates raised $45,000 for The Arbor School as part of the collision repair organization’s 7th Annual Houston Charity Golf Tournament. The official check presentation was made earlier this month after more than 140 golfers participated and supported the annual tournament hosted at The Woodlands Country Club. 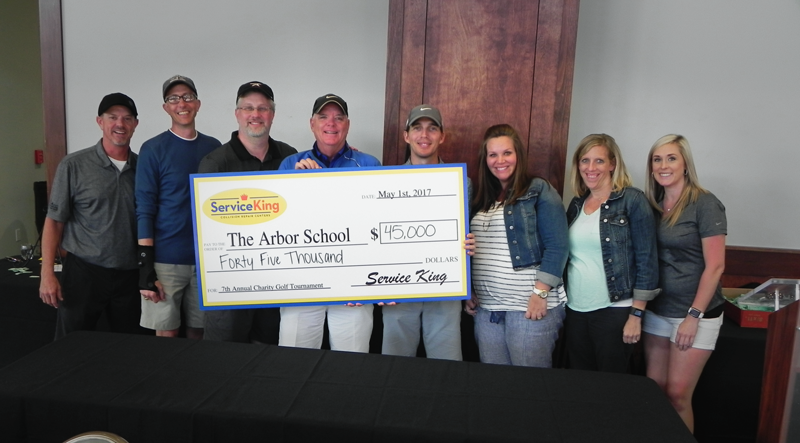 Service King has now partnered with The Arbor School for three consecutive years as the primary beneficiary of its charity golf tournament. In total, the partnership has resulted in $135,000 in contributions to the school and its educational programs that directly support children with all forms of