With the exception of Gen Y, all other generational groups are becoming more skeptical of self-driving technology, which poses a new challenge to car manufacturers and technology developers, according to the J.D. Power 2017 U.S. Tech Choice Study. 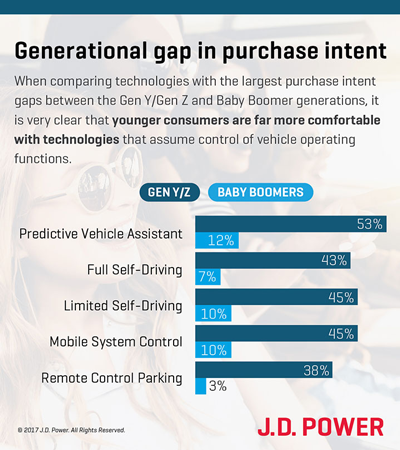 “In most cases, as technology concepts get closer to becoming reality, consumer curiosity and acceptance increase,” said Kristin Kolodge, executive director of driver interaction and HMI research at