Longtime Alliance of Automotive Service Providers/New Jersey (AASP/NJ) member Ted Rainer was the high bidder for the one-of-a-kind NORTHEAST 40th Anniversary Harley-Davidson Softail Slim S Model at this year’s AASP/NJ flagship event. The bike, customized by Nub of Nub Grafix and Peters Body & Fender (Oakland, NJ), was auctioned off through a silent auction that lasted the entire weekend of the show. 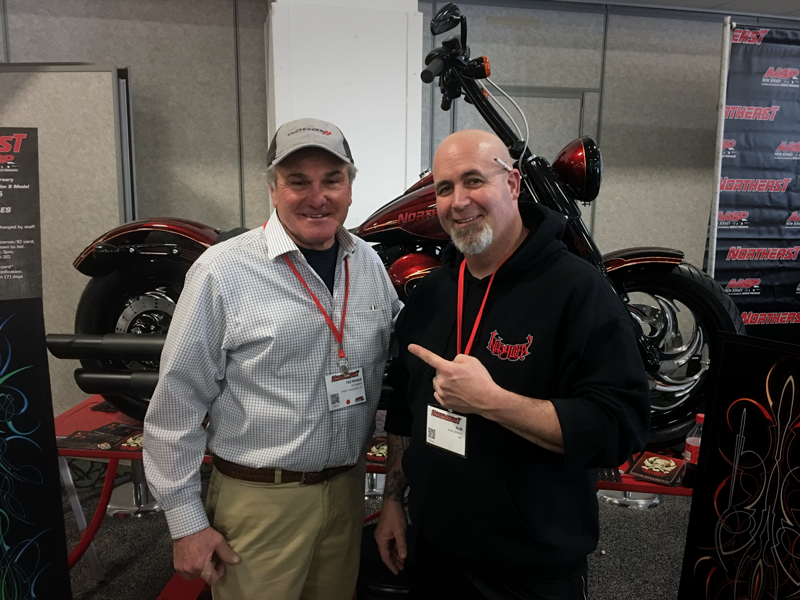 Rainer places high importance on who painted the bike and the fact that it is a symbol of the show’s 40th Anniversary.