You are here: Home / News / Consumer Optimism Surges in January

Consumers expressed a higher level of confidence in January than at any other time in the last dozen years.

The post-election surge in confidence was driven by a more optimistic outlook for the economy and job growth during the year ahead as well as more favorable economic prospects over the next five years, according to the University of Michigan Surveys of Consumers. 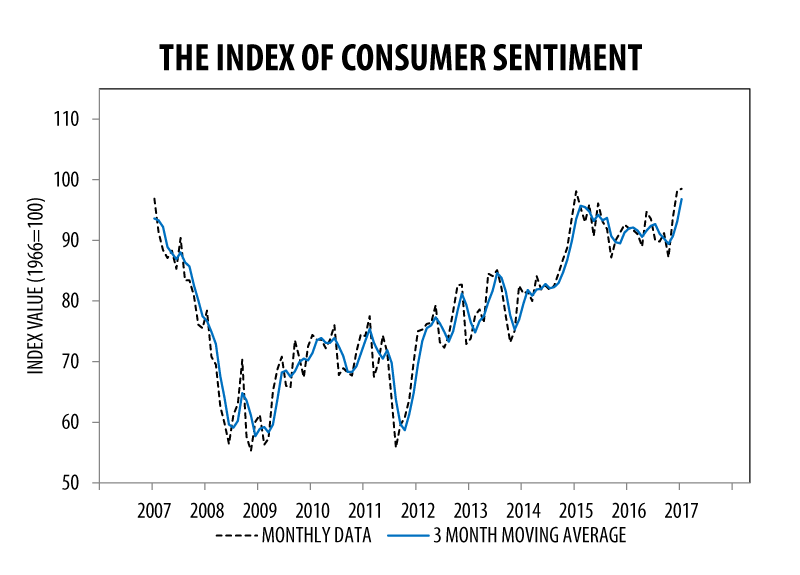 Consumers also reported much more positive assessments of their current financial situation due to gains in both incomes and household wealth, and anticipated