U.S. consumers effectively overpaid for auto insurance coverage by a stunning $101 billion in the last five years, a new study by insurance analytics company ValChoice has found. According to the company, 90 percent of consumers could have gotten a better deal had they used a policyholder-owned insurer that pays dividends to members. However, the difficulty of comparing insurers on factors other than price prevents consumers from seeing how much value they get for their dollar. 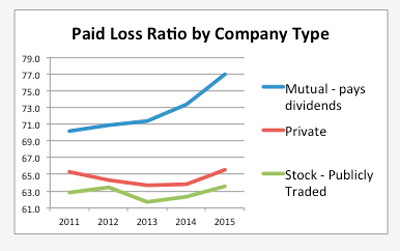 How an insurer was organized affected how much