You are here: Home / News / Property/Casualty Insurers Report $13.3B in Net Income after Taxes in First-Quarter 2016

Private U.S. property/casualty insurers saw their net income after taxes fall to $13.3 billion in first-quarter 2016 from $18.1 billion in first-quarter 2015, a 26.6 percent decline, and their annualized quarterly yield on investments drop to 2.9 percent, the lowest this century, from 3.1 percent a year earlier, according to ISO, a Verisk Analytics (NASDAQ:VRSK) business, and the Property Casualty Insurers Association of America (PCI). 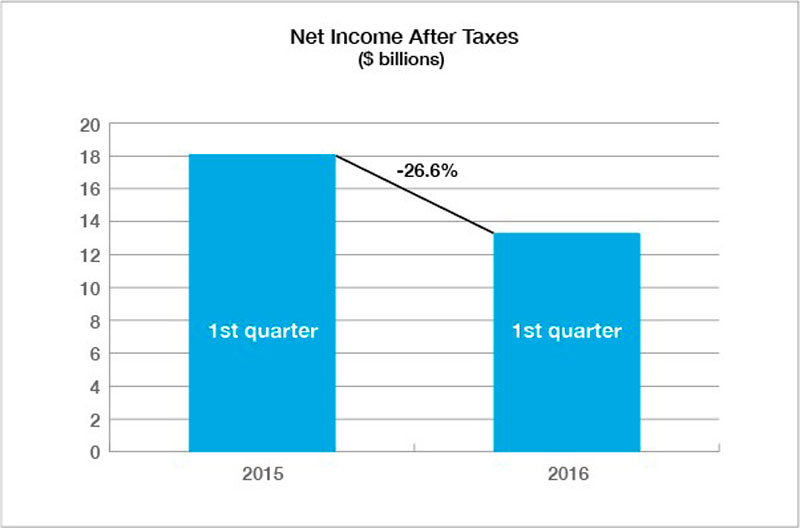