New-vehicle retail sales in April are expected to reach 1,195,000 units, the same level as a year ago on a selling-day adjusted basis, according to a monthly sales forecast developed jointly by J.D. Power and LMC Automotive. 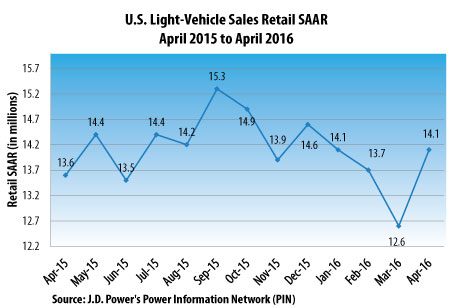 Retail sales through the first four months of 2016 are expected to reach 4.3 million units, a 0.5 percent increase on a selling-day adjusted basis compared with the same period in 2015. Based on the