ABRA, Boyd, Caliber and Service King continue growth in new locations during 2015. Unit growth down from 2014, but up if 2014 Sterling sale to Service King excluded.

The acquisition and new collision repair facility openings by the four largest multi-regional multiple collision repair shop operators (MSOs) in North America grew by nearly 300 units during 2015. While the total unit growth was down slightly from 2014, if the merger of Sterling’s 62 locations to Service King in 2014 was factored out, unit growth in 2015 actually exceeded 2014. 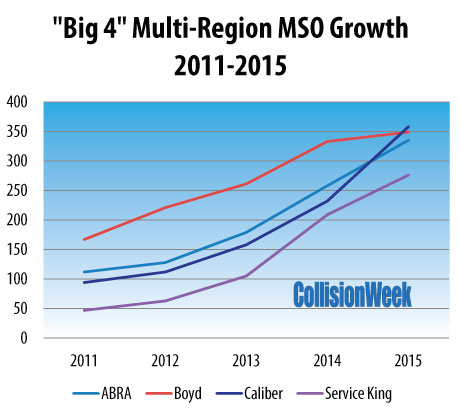 The chart and table above details the total number of locations