You are here: Home / News / Property/Casualty Insurers More Profitable in First Nine-Months of 2015

Private U.S. property/casualty insurers’ net income after taxes grew to $44.0 billion in the first nine months of 2015 from $37.8 billion in nine-months 2014, with insurers’ overall profitability as measured by their rate of return on average policyholders’ surplus growing to 8.8 percent from 7.6 percent, according to ISO, a Verisk Analytics business, and the Property Casualty Insurers Association of America (PCI). 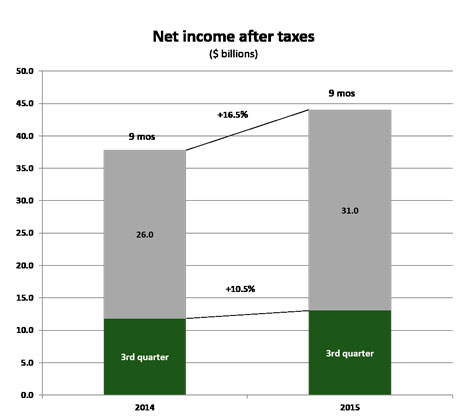