According to the latest edition of the Insurance Institute for Highway Safety Status Report, if all vehicles had been equipped with autobrake, there would have been at least 700,000 fewer police-reported rear-end crashes in 2013. That number represents an overall reduction of 13 percent in police-reported crashes. 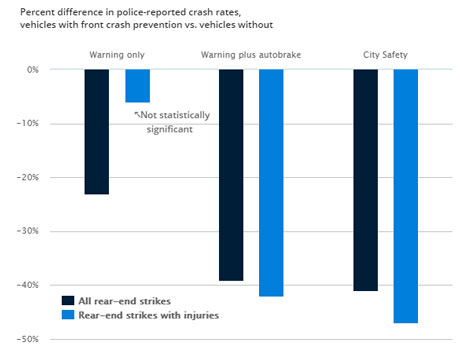