Latest statistics from the National Association of Insurance Commissioners indicates that the percentage of premiums going to pay losses increasing.

Data contained in the National Association of Insurance Commissioners (NAIC) report on profitability by insurance line in 2014, released on December 31, 2015, illustrates the increasing percentage of underwriting dollars going to pay claims on auto physical damage (APD) insurance. This is resulting in declining underwriting profitability from the period 2005 through 2014 covered by the report. 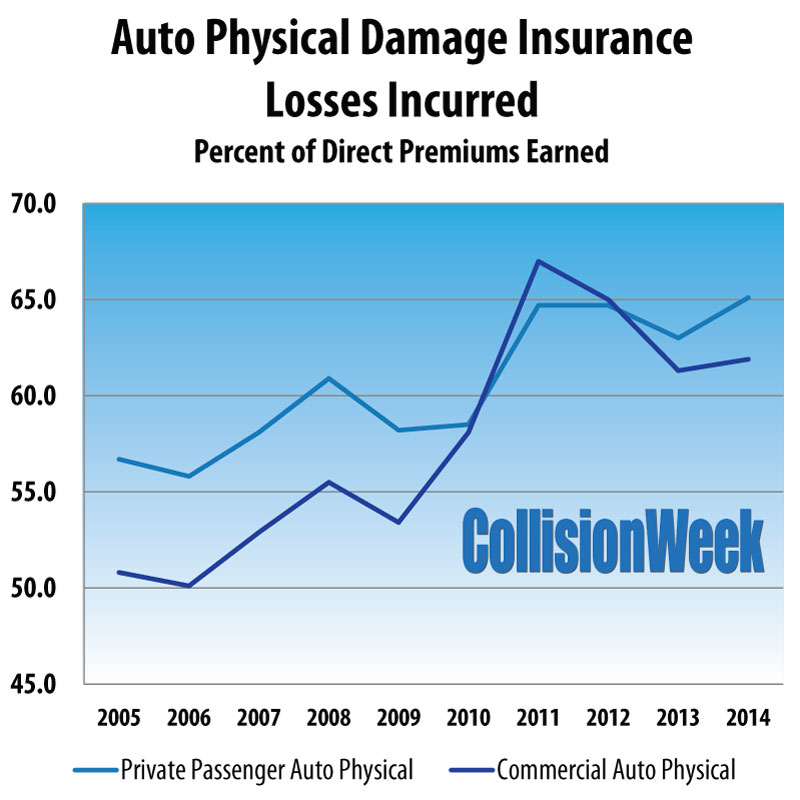 As the chart above shows, incurred losses were 56.7 percent of direct premiums written in 2005 on private passenger APD insurance. In 2014,